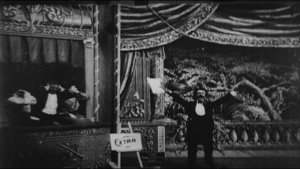 What techniques do you use to overcome your fear of public speaking and boost your self-confidence before an important meeting, presentation, talk, etc.?

For most of my life, I used to fear and hate public speaking.

Getting up in front of people to talk? No thanks!

But, I actually enjoy it now. No, seriously I do.

I find it easier to get up in front of an audience to speak than to try to make small talk with people at networking events. Maybe someday I will come to enjoy that as well. But, for now, it’s not my thing. Large audiences or 1-on-1 are much easier for me.

So, why does this matter? Why should you care about becoming comfortable with public speaking?

I know that overcoming my fear and becoming proficient at public speaking boosted my career. Quite simply, I never would have advanced as far in my career as I did, if I was not able to get up in front of a room full of colleagues and present to them. Presenting at conferences and interviewing with the media increased my visibility and built my personal brand. Practice, practice, practice helped me overcome the anxiety of public speaking and made it much easier for me to present to angel investors when I was raising money for my startup.

If you want your career to take off, learn how to speak and present with confidence.

If you want to build your own business, you had better become very comfortable with speaking to potential customers, partners, and investors.

If you want to remain right where you are, never get promoted, and never become a successful entrepreneur, then sit down, close your mouth, and never speak up or take the stage.

Warren Buffett once told a class of business students that he would pay anyone in the room $100,000 for 10% of their future earnings. If they were good communicators, he would raise his bid by 50% because public speaking would make his ‘investment’ more valuable (source).

If you are interested in changing your life and skyrocketing your career, here are the top 3 techniques that I’ve used to overcome my fear of public speaking and actually find a way to enjoy it:

So there you have it. This is how I overcame decades of fear of public speaking. For those that know me, you know that I love being on stage now. You’ve teased me about it. But, this is how I did it. So, try it out for yourself. Heck, you could even invite me to come do karaoke with you. I’ll come, as long as you are buying the drinks.