One lesson that I learned in the military is that when you lead, you set the pace. But, it took some bad advice and a few hard knocks before I discovered this.

When I first joined the military (many, many years ago), one recurring piece of advice was;

“Never volunteer or be up front, but never be in the rear either. Stay firmly in the middle.” 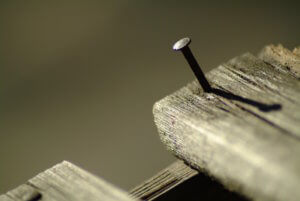 You may have heard similar proverbs:

The nail that sticks up gets hammered down.

The tallest blade of grass is the first to be cut.

You hear this in corporate America too.

The squeaky wheel may not get the grease. It may just get replaced. 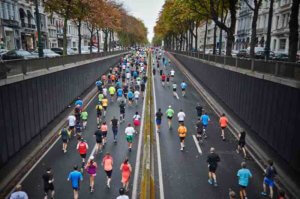 Well, every morning in Basic Training we would run 5 miles. In the dark. At 4 AM. You couldn’t see anything but the flashlight cones bobbing in the row ahead of you.

So, I started out in the middle and found out the hard way that it was a terrible decision. A strange accordion effect would happen when people ahead of you would slow and lag behind, and then the drill sergeants would run back and scream at you to “Run!!!” and catch up.

It was this constant jog, sprint, jog, sprint, and you could never get into a consistent pace. Horribly fatiguing and draining and stressful. 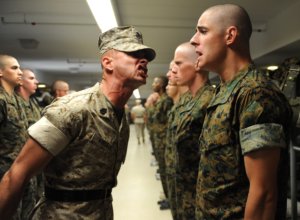 So, one day, I decided to try something different. I stepped firmly to the front. No one cared. They were more than happy to let someone else take the lead. No one wanted to be right up front with the drill sergeants in their face.

But, one smart guy who was already there said; ” Good move. This is easier. We get to set the pace.”

And he was right. He and I ran up front at a good, steady pace. No lagging. No sprinting. Just a steady pace and it was so much easier because we were in control.

Changing the Game, Setting the Pace

One time he said; “Watch this” and started running faster. We both were running pretty fast and the guys behind us were complaining. A drill sergeant ran to catch up with us and said; “Slow down you son o’ bitches!”

That was a first. I had never encountered a situation where a drill sergeant told me to slow down and take it easier.

So, you can try to stick to the “middle” of life. You can be careful to not stand out.

To never be knocked down.

To never be ridiculed.

But, if you do that, you will never set the pace.

Join my private Facebook group for my daily thoughts, discussions and conversations, and support from a community of like-minded entrepreneurs just like you and me.