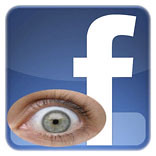 Update: Special thanks to the folks over at Facebook. I talked with a couple of people there who looked into the issue. Turns out that this case was actually not a privacy bug. Rather it most likely a case of an unintentional “reply all” and some sort of synching fluke, so that a threaded conversation that seemed like a private conversation suddenly appeared in my inbox. My apologies to the Facebook team and thank you again for looking into it.

I guess I’ve become a little paranoid given the previous privacy breaches that have happened. This May there was a bug that exposed “private” chat messages. And Mark Zuckerberg (CEO of Facebook) has acknowledged that they have “made a bunch of mistakes” on this front.

Traditional email has been getting this right for quite some time now. And, I think this highlights how many decades of development have gone into something that seems “simple” on the surface, but actually is pretty complex when you think about maintaining your inbox (privately), handling an incomprehensible volume of spam, scaling to billions and billions of messages, etc.

I have noticed that more and more conversations that would have taken place via traditional email in the past are now instead happening on Facebook, Linkedin, etc. I’m doing it too. But, with the privacy breaches that have occurred on Facebook, some believe that it is time to revisit that decision and probably slow that trend.

There are a few critical failures that can drive customers away from your product permanently. Data loss is one and can kill a product. Privacy breaches are another, especially when it comes to your personal life. One slip and people may forgive you. Multiple, ongoing slips and customers delete their account and leave you.

Thanks for subscribing to my newsletter! Check out my latest blog posts.
Posted in Process, Product and tagged email, facebook, privacy